A new feature of the studio is the woodland sculpture garden, seen here from the studio courtyard.  Receptions are held at the studio after each concert, and the studio is also open before the concerts. 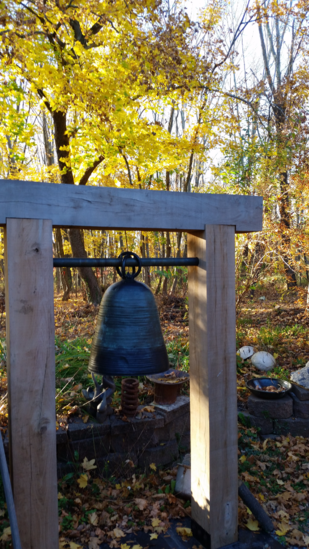 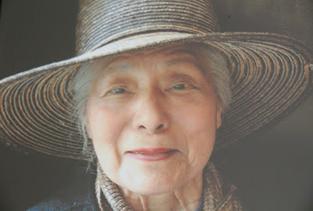 The origin of the Takaezu Studio Concert Series can be traced to a day long ago when Toshiko removed a large loom from the living room and left a gaping and unsettling space. She asked current director of the studio,  Don Fletcher, what to do about this "mistake" and Don suggested a piano, and house concerts. Toshiko was thrilled.

That was long ago, but the opportunity for such a house concert recently appeared, and the success of that event led to an enthusiastic response from several accomplished musicians, and the Takaezu Concert Series was launched.

With superb musicians, great music,and an intimate and relaxed setting we have had the privilege to enjoy music making of the most rewarding sort.  We started with a concentration on the piano trio, a genre which  combines a piano, a cello, and a violin - all stalwart solo instruments - into an ensemble of equals.  The piano trio has deep roots in the classical tradition, but with extraordinary works in the romantic and modern eras as well.

The coming season will continue our exploration of the trio repertoire but will also include music for string quartet, for instrumental duets, and for the first time, a jazz combo.

The Studio
​
Tucked away in Quakertown, NJ, Toshiko Takaezu's studio continues in the tradition of welcoming ceramic artists to work in the same great space where Toshiko worked in her garden and kitchen and created some of her greatest masterpieces. Periodic open houses welcome everyone to come and view her work as well as the work of other artists who have worked at the studio.

​Toshiko Takaezu - Artist
​
Toshiko Takaezu (1922-2011), born in Hawaii of Japanese descent, worked at her studio in Quakertown for over forty years.  Attracted by clay in her adolescence, she continued for seventy years, making signal contributions to ceramic art over the course of a remarkable career.  Steeped in abstract expressions, trained in the school of the Bauhaus, she remained open to Eastern culture, and found particular inspiration in the forms of nature. For Takaezu, the practice of building vessels in clay was intimately linked to everyday life. 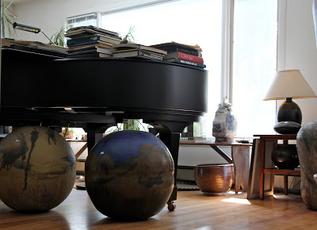 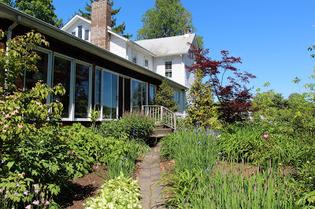